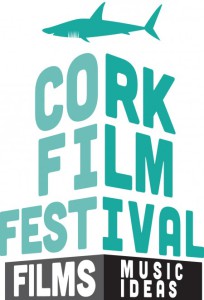 Cork Film Festival has announced (17th June, 2015) details of an extensive partnership with RTÉ, as it marks its 60th anniversary this year. This partnership is the biggest festival association between RTÉ and Cork city.

As principal partner, RTÉ will work with the festival to raise its profile across RTÉ platforms via the RTÉ Supporting the Arts scheme. Utilising RTÉ’s significant social footprint, the festival will be promoted across RTÉ’s key social platforms, while RTÉ’s central brand and creative team will assist with developing the overall festival footprint.

The partnership exists alongside the continued and long standing work with the Festival’s top tier supporter, the Arts Council, the Festival’s Principal Funder.

The 60th Cork Film Festival, which is expected to attract 20,000 film lovers to Cork from all over the world, takes place this November. Local organisers say that the positive impact on the city and local economy is set to be substantial, with Cork becoming a major hub for the international film industry for 10 days.

Speaking about the announcement of the RTÉ partnership, Noel Curran, Director-General, said: “RTÉ is delighted to partner with the Cork Film Festival for its 60th anniversary. RTÉ’s presence in Cork is significant and this association is a real expression of our commitment to the city and region. Throughout the years, the festival has brought a host of stars and filmmaking talent to the city and has become far more than a straightforward film festival. RTÉ looks forward to working with the festival on making this year one of the very best in its history.”

The Cork Film Festival – principally funded by the Arts Council Ireland – is Ireland’s oldest film festival, having been one of the great cultural highlights in the Cork calendar since 1956. In recent years, the festival has taken place across 10 days, featuring up to 200 events, including films, workshops, seminars, music events and world premieres.

James Mullighan, Creative Director of the Cork Film Festival added: “I am thrilled to be making this announcement today, which comes after two thoroughly enjoyable and productive years of collaboration with RTÉ. Having access to RTÉ‘s many powerful and various communications platforms will turbo charge the Festival in the year of its 60th edition.

We have some very exciting plans afoot for the anniversary, and with the announcement of the RTÉ partnership, we are confident that it will be the very best year in its history. The partnership is a huge boost both for the Festival and the city of Cork, and we look forward to working with RTÉ to create the best Film Festival Cork has seen.”

Conor Healy, Chief Executive of Cork Chamber said the partnership was a very positive one for Cork: “The partnership between RTÉ and Cork Film Festival has very positive implications for the city. Every year this much-loved festival attracts people in their droves from all over the world, and the backing of RTÉ means that we can expect visitor numbers to be enhanced. We look forward to seeing the positive impact an event of this scale will have on Cork businesses.”