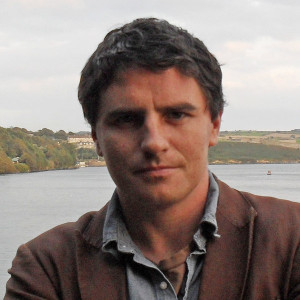 Ciarán Collins, author of The Gamal (Bloomsbury 2013), shares his experience of the Production Club . . .

Late last year I saw an article in the Irish Examiner about a forthcoming series of Production Club talks run by Film In Cork. The talks would be aimed at writers, directors and producers in the Cork region, so I decided to apply. As a novelist, I wasn’t sure if I’d be accepted, as the only film-making I’d been involved in was a short trailer for my book. I had though written a film treatment for my book, at the request of a director. I haven’t heard back from him yet, but in any case, I found the meeting with the director and his producer fascinating and the world of film-making has always had a great appeal for me as a story-teller. Some of my favourite artists are film-makers and I’m always working on at least one screenplay. I was delighted to be accepted on the course and having attended the first three of the talks, I’m really glad I applied. And what more appropriate setting than RTÉ’s Cork studio, sitting in round, surrounded by cameras and lighting equipment –the tools of the trade.

In January, director and screenwriter David Keating gave a fantastic talk. One of the aspects that resonated with me was how he found the balance between the spontaneous nature of creating and the business end of getting a project off the ground and completing something that is artistically successful, while at the same time adhering to budgets and time-scales and so on. He gave great advice on the practicalities of shooting too, like beginning the day with a scene that’s easy to shoot, thereby creating a sense of progress being made among the crew and/or producers. His motivational advice was great too.

February saw the visit of film and documentary maker Paul Duane.  Paul gave a fascinating insight into developing a TV drama series with a major US TV corporation. This bookended something he said earlier in the talk about the advantages of getting some experience working abroad. In his early career he directed UK drama Ballykissangel. The acclaimed documentary maker said he loves that form, as there’s more freedom for the film-maker and you never know where the story will end up.

In March, producer Conor Barry’s talk was invaluable to all. Producers learned from his expertise in the complex world of film-production, from an original idea, to production and all the way to film distribution. Writers and directors got an idea of what producers need from them, and what they can expect from a good producer. Conor spoke of his experience of producing acclaimed features with Brendan Muldowney among others and the importance of a good working and creative understanding between producer and director. He spoke of the importance of a writer being able to explain an idea to a producer as succinctly as possible and that writing a good treatment is a very valuable skill indeed.

From the above, one might have the idea that the talks are like lectures, but in reality they unfold more like group discussions. The questions and sharing of ideas and experiences from Rossa Mullin and from all those in attendance is what really propels these talks forward and the couple of hours really does fly. I’m looking forward to the next one.