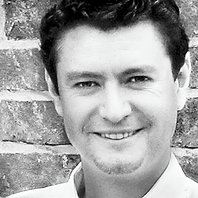 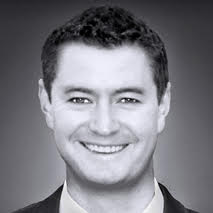 Film in Cork recently caught up with Script Editor and Development Consultant, Patrick O’Driscoll, ahead of a screenwriting course he’s giving in Cork later this month…

So how did you find yourself in this line of work?

Well, it wasn’t premeditated. I can tell you that. I had always wanted to work in the film industry as a director. Since directors firstly direct their own scripts I knew a lot about screenwriting early on. When college and my graduate film saddled me with debt, screenwriting work is what helped me to clear it. It also gave me experience working with producers, development execs and script editors. So, I stayed in writing. Before long I was helping fellow writers and producers with their scripts as often as I was writing my own stuff. Then, as part of a screenwriting group in Cork, we brought Lucy Scher over from London for a workshop. Lucy and others at The Script Factory, which isn’t around anymore, had really shone a light on the importance to any film industry of careful, competent screenplay development. I took some of their courses in analysis, one run by Ludo Smolski, which really opened my eyes. And that was it. I was hooked on development.

Can you tell us a little about your work as a development consultant and script editor?

My work covers each aspect of development, from projects that are just synopses or outlines, to production-ready proposals that are seeking financing. I collaborate with writers, producers or creative teams and troubleshoot their projects’ issues. My clients are from Ireland, the UK, and occasionally the US, so projects come in all genres and formats, aimed at different markets with a smorgasbord of different difficulties. Scripts in the early, mid or final stages of development usually have needs related to those stages, but the ultimate goal is to get scripts into competitive shape.

I also work with Irish and UK funding bodies, evaluating and assessing film and TV proposals in support of funding decisions. That does mean I work with poachers and gamekeepers. Yet, whether I’m helping a writer to strengthen their script or a funding manager to select financeable projects, my guiding focus is on quality of content. I think that stems from my background in screenwriting.

What do you see as the main pitfall for up and coming script writers?

If a good writer suddenly gets a lot of attention I suppose the first danger is that they can surround themselves with the wrong people. By their nature writers commit themselves to the craft with monastic-like dedication. Suddenly having to navigate the industry at a new level can be jarring. Agents, managers and producers materialise once writers gain traction and the onus is to strike while the iron is hot. Not looking before you leap can land you with people who are a weak fit for your project or for you as a writer. It happens all the time and it’s not the end of the world, but it burns up time and energy. Strike while the iron is hot, just don’t do it blindly. Read the fine print. Research whomever you’re meeting with. Get advice on your options and make the best decision you can. This isn’t about getting yourself the perfect deal, it’s about finding the right people.

If you could give a ‘Golden Tip’ to aspiring script writers, what would that be?

I would say to get your head in the game. The earlier you can wrap your mind around what pursuing a career in screenwriting is really going to take, the better. Unless you’ve got a huge trust fund, or a wealthy and understanding partner, you will need a job to support yourself while you write, especially in Ireland. What’s more, just like any other craft, screenwriting takes a few years simply to become competent. I find new writers are passionate but often very impatient. It’s a marathon, not a sprint. Screenwriters who are older when they start frequently have a greater understanding of that. Take your time, build up your experience and learn your craft step by step. I think being mentally prepared for that at the outset allows much more room to enjoy the journey.

What can people expect from the forthcoming course you’re going to be running in Cork?

Ah, I knew there was something I had to plug! Yes, I’m teaching a weekend screenwriting course in Civic Trust House on July 23rd and 24th called ‘Screenwriting – Expanding the Toolbox’. The course is primarily for writers who already have a little experience under their belts. Still, new writers would learn a good deal about the fundamentals from it. The course is based on what I’ve found in recent years to be the most crucial elements of strong cinematic stories and will provide writers with some solid story-design methods and principles. It will also help to increase a writer’s knowledge of modern screenwriting standards and industry expectations.

For more information on ‘Screenwriting – Expanding the Toolbox’, check out www.mediamakers.ie/scriptwriting.html.

To get in touch with Patrick, check out www.patrickodriscoll.net.